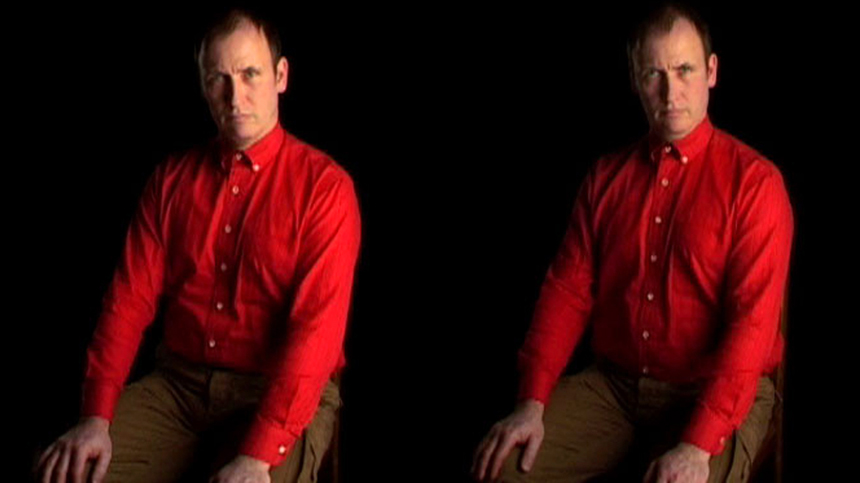 The actor Jo Dunkel was asked to improvise a fit of rage. The video material taken of this tantrum was shown to the actor in slow motion. Then he was called upon try to reenact and imitate the video-technically reduced-speed version of his own fit of anger. Because the sound in the slow motion version could not be heard, Jo Dunkel is forced to guess the sounds purely from the movements of the mouth.
Through this experimental transfer his anger seems to become fear, although this was not the intention of the actor.